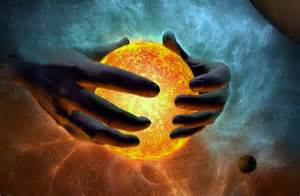 Dates are now confirmed and registration is open for “Early Birds”!
For more details click through here: 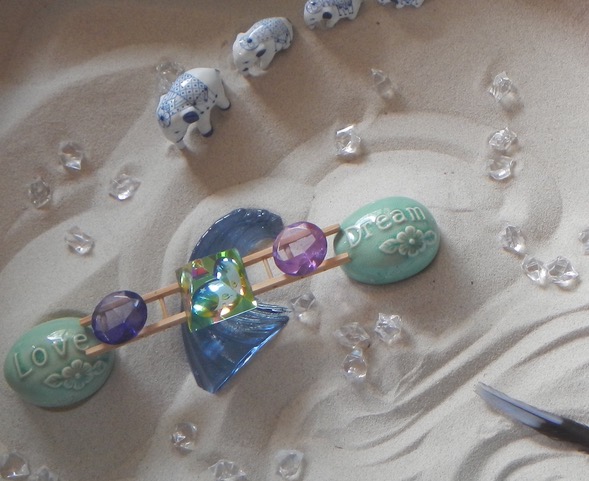 Sandplay and Symbol Work Certificate Course 2018/19 is starting soon in Singapore.  don’t miss this opportunity to build your therapeutic skills and learn from practicing therapist, senior lecturer and author Helen Wilson of the Expressive Therapies Institute of Australia (ETIA ).

The Certificate consists of  four 3-day workshops and will be hosted by Tanglin Trust School‘s Professional Development Centre in Singapore on the following dates:

Specifically aimed at those already working in the helping professions such as Counsellors, Psychologists, Psychotherapists, Creative Arts Therapists, Social Workers, Youth Workers, and Chaplains, those who are simply curious to learn more about Sandplay and Symbol Work for their own personal growth and development are also welcome to join.

Participants with prior training in the helping professions will receive the Certificate in Sandplay Therapy & Symbol Work.  Those without a professional qualification will be awarded a Statement of Attendance.

For more details complete the form below: 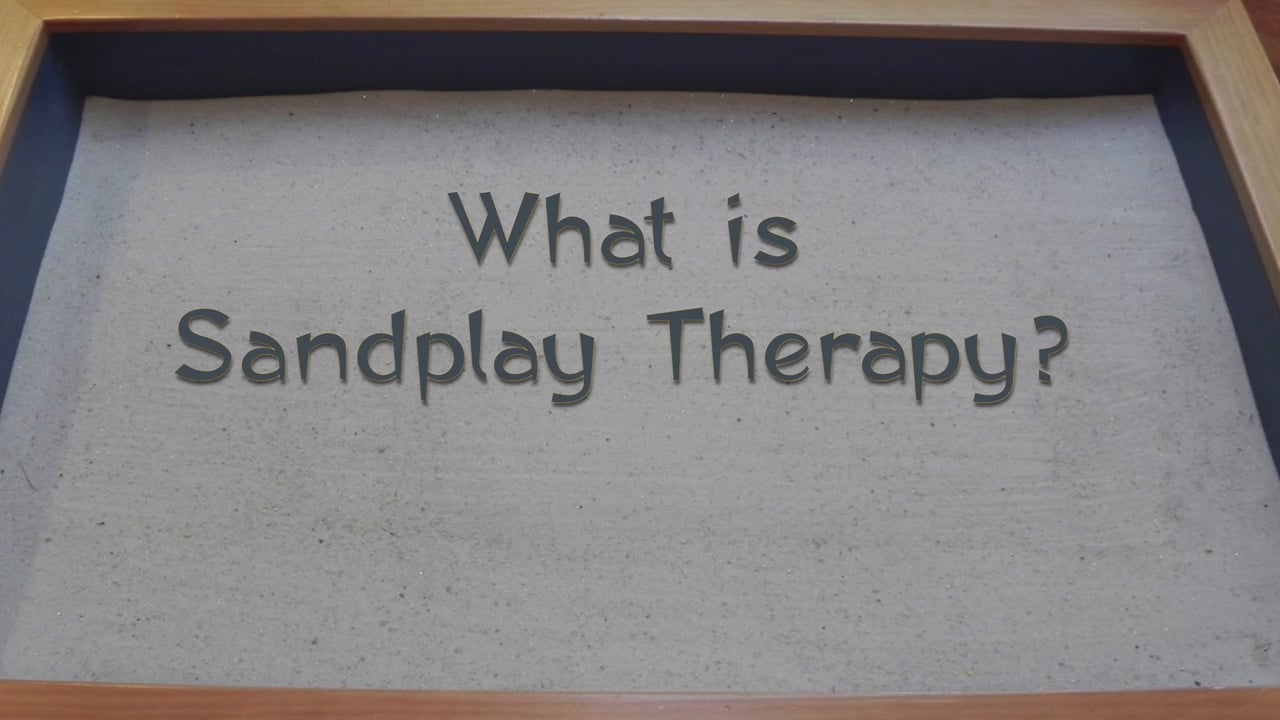 Sandplay is deceptively simple to the untrained eye.  After all, what could be complicated about putting a few miniature figures in a sandtray?  Perhaps adding water or moving the sand to form hills and valleys?  Maybe moving the figures around and creating a narrative about what’s happening?  And yet, so complex in its ability to have a profound effect on people’s wellbeing.  Research has shown that it can have a profound healing effect in the lives of both adults and children.  In the therapy room there will always be a tray, perhaps even two (one wet and one dry).  The tray is always blue on the inside, with proportions constructed precisely to enable the person standing in front of it to observe the whole scene without moving or having to look from side to side.  Why blue on the inside?  To represent sky or water. Only natural coloured sand is used and preferably fine-grade.  Some things are tactile and need to be experienced.

If you have a memory as a child of playing on a sunny day, on a beach with sand and water then you will know that it can transport you into another world.  A sensory, three-dimensional representation of the client’s current situation represented by the symbols they’ve chosen.  Verbal expression is always optional.  The therapist might ask the client: “is there anything you’d like to tell me about what you’ve created here?”.   This is a client-centred therapy.   And yet, Sandplay therapy is so much more than simply sand and play.

Developed in the 1950s and 1960s by Swiss Jungian psychoanalyst, Dora Kalff (1904 – 1990) Sandplay has its roots in Jungian therapy.  Kalff studied with Carl Jung himself, as well as spending a year with London-based child psychiatrist Margaret Lowenfield who had developed a therapy known as the World Technique in her efforts to help children express themselves on difficult topics, which in turn drew inspiration from the observations of author H. G. Wells who wrote about watching his sons play with miniature figures and seeming to resolve their difficulties through what he called Floor Games.  Kalff had a fascination with Eastern spirituality which she incorporated into her work.  She hosted Tibetan monks at her home in Zurich when they had been exiled from their homeland by the Chinese annexation in the early 1950s.  When parents saw the positive outcomes in her work with their children, they requested personal sessions for themselves and her work was extended to include adults.   Kalff saw Sandplay as a non-verbal therapeutic means of reaching the central core of being, what Jungians call the Self.  Life is journey of “Self” discovery and the path to achieving this is known as the individuation process.  Sandplay therapy is a vehicle to support the process of individuation and becoming whole.

Jungian therapists believe that, given the right circumstances, the psyche’s natural tendency is to seek balance and healing.  The tools for this healing lie within us, if we are willing to give ourselves the chance to find them.  The three-dimensional nature of Sandplay touches and opens parts of the psyche that talking alone cannot.  It is hands-on therapeutic work, where the client is given the opportunity to spend time reflecting and engaging with both conscious and subconscious issues.  Sometimes a client will chose a symbol but then say: “I have no idea what that is or what it’s doing there!”.   Through Sandplay, the client is expressing something non-verbally, that they are unable to access intellectually.  And yet there it is, being included and witnessed as part of their creation.

The therapist’s role is to hold a space, as a silent witness to the unfolding creation, what Kalff called a “free and protected” space. The walls of the Sandplay therapist’s office are often filled with miniature figurines and objects from nature, fantasy and daily life.  The client choses figures from the shelves and places them in the tray.  As soon as an object is chosen it becomes a symbol or as Jung would say “it becomes alive with meaning” for the client.  A red rose could hold significance in different ways to different people: perhaps romance? Perhaps a wedding? A funeral? Or a garden?  A gift? thorns? petals? A rose garden? In Spring time? In Summer time? Or the last Autumn rose?

All symbols hold the tension of opposites.  They represent the multitude of options available to our psyches.  This symbolic language, activated by the simple action of picking an object (or many) to place in the tray, triggers different ways of thinking, seeing, touching, believing on multiple levels in the client.  These symbols help us to reconcile the opposites within our psyche, the good, the bad, the rejected, the accepted, the things we love, the things we hate.  They are a bridge between our conscious and unconscious mind.

The client’s psyche responds to the Sandplay creation.  It reconciles and realigns itself in accordance to what it sees, what it touches, what it senses.  Neurological changes occur as the client places these symbolic figurines, as they shape and move the sand itself, rearrange and observe their own creative work. This deceptively simple process opens us up to something new and creative. The client has moved from the left-brain of logic, linear, rational thinking, into engagement with the right-brain activities of imagination and intuition.  When both come together there is a liminal space, a gateway, where reality and fantasy meet and something new can emerge.  Just as the dream-state at night gives us access to our unconscious inner world, so do the various symbols engaged in the Sandplay session.

The therapist’s role is not to interpret on behalf of the client, to interfere with, or direct the client’s Sandplay in any way.  It is simply to be empathetic, receptive, accepting and allow the client time and space to meet and work with the material that emerges from their own psyche into the tray.  By moving away from expecting the therapist to be the expert, Sandplay empowers the client to bring their own insights, their own revelations and their own reflections on what has emerged in their Sandplay session.  The client might wish to speak about their experience of the process, their creation and their observations.  The trained Sandplay therapist supports the process with an invitational and open stance, but doesn’t direct the conversation or put any interpretation on what the client has chosen.

In my personal experience, the only way to truly understand this simple yet complex therapeutic work is to participate in your own Sandplay process.  A commitment to a series of trays over a period of weeks can bring a significant insights and be truly transformational.  But don’t take my word for it – come and play!

Sandplay: A Psychotherapeutic Approach to the Psyche by Dora Kalff

Images of the Self: The Sandplay Therapy Process by Estelle L. Weinrib

Sandplay and Symbol Work by Mark Pearson and Helen Wilson